We are glad to announce the presence of Eric M. Lang, director of the Game Design for CMON,

Veteran of game’s industry and players for more than twenty years.

He created games based on “The Lord of the Rings”, “Star Wars” and “The Game of Throne”, cooperating with Wizards of the Coast, Wizkids and Fantasy Flight Games.

Shortly on the market “Cthulhu: Death may Die”, always for CMON, created with Rob Davian and Munchkin Dungeon, and how first collaboration with an Italian designer, Andrea Chiarvesio.

In 2016 Eric won the Diana Jones Awards for Excellence in Gaming. Other recognitions include several Dice Tower Awards and five Origins Awards. 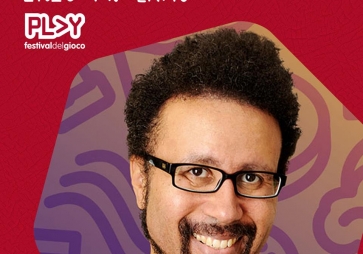